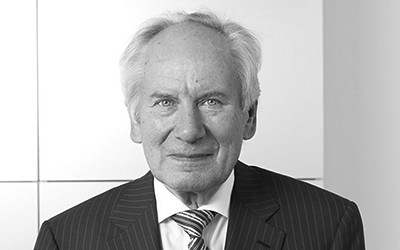 Prof. August-Wilhelm Scheer is a German Professor of business administration and business information at the Saarland University, and founder and director of IDS Scheer AG, a major IT service and software company.

He is known for the development of the Architecture of Integrated Information Systems (ARIS) concept, and his research focuses on information and business process management in industry, services and administration.

Prof. August-Wilhelm Scheer has – amongst so much more – brought to us: